The wand is the major input device used to interact with and control a virtual reality (VR) experience in the CAVE™, ImmersaDesk™, PARIS™ and other VR systems. It is essentially a 3D mouse, with a receiving antenna attached which provides the computer with information about the wand’s position and orientation.

The wand consists of three programmable buttons and a joystick. The joystick is used primarily for navigation in combination with the position and orientation information. The buttons are used to set modes and select options.

The wand’s buttons and joystick are connected to the VR system through an analog I/O card in a PC. The PC reads the joystick values (x and y positions) as well as the state of the buttons and sends this information via ethernet to the computer driving the VR experience.

The original wand was developed in 1992, which yielded a number of functional and ergonomic shortfalls; therefore, an updated input device - Wanda™ was developed in 1999. A majority of the redesign focused upon joystick deficiencies - accuracy, inadequate feedback, expense, etc.

A good number of these issues were addressed by using the USAR Systems HulaPoint™ device (Fujitsu sensor technology). HulaPoint™ outputs digitally so accuracy is improved - drift is virtually eliminated, no longer requiring compensation to be built into application programming.

Another notable improvement is immediate tactile feedback regardless of any graphics lag, since the digitizer is incorporated into the Wanda™ body.

The HulaPoint™ joystick also takes very little force to move, which addresses fatigue problems experienced during long duration virtual experiments. Repositioning of the buttons and joystick within the reach of the radius of opposition (thumb to finger) increases the bio-mechanical leverage, as well.

The user can comfortably support Wanda™ in the palm of a relaxed hand. 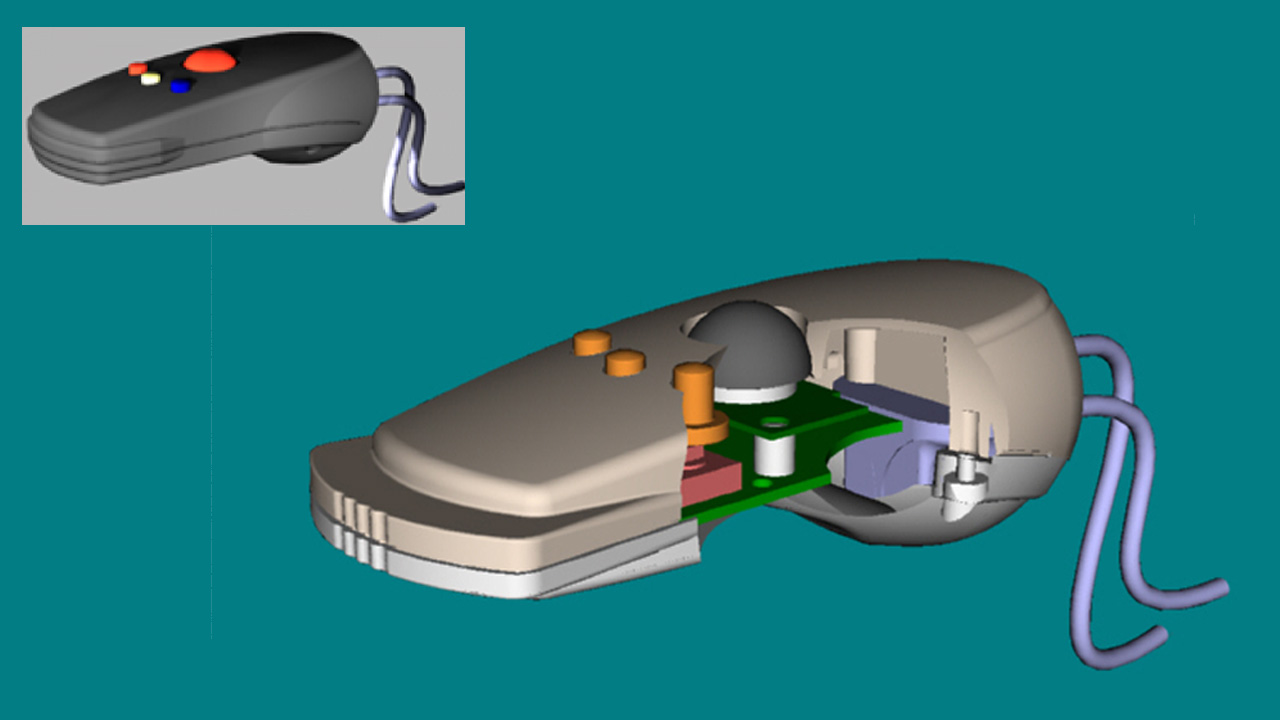